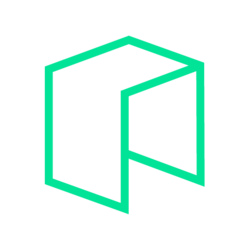 The lowest price of the Gas is $2.26 & the highest price is $2.34 in the last 24 hours. Live Gas prices from all markets and GAS coin market Capitalization. Stay up to date with the latest Gas price movements. Check our coin stats data and see when there is an opportunity to buy or sell Gas at best price in the market.

Gas is one of the two coins created by Neo Foundation. Gas is used as a processing fees for Neo coin.Neo hashing algorithm is Proof of Stake (PoS), where blocks processing power depends on the amount of tokens held by miners instead of the Proof of Work method which depends on the mining power that a miner has to create a new block.Neo holders is compensated with certain amount of Gas every month, is a similar concept to the ether gas and is used as a power for transaction (transaction). It is a coin that is paid as compensation of a concept of interest generated by PoS mining.At the beginning of the release, about one Neo was paid per day with 1000 Neo, but it has a design algorithm that is gradually decreasing over time, which is offset by the price increase.It is a coin that is closely related to Neo, walking along the path of the companion with the rise of Neo, and it forms a necessary relationship that the movement must be moving in a fluid manner.